Homophones – what to do about them? 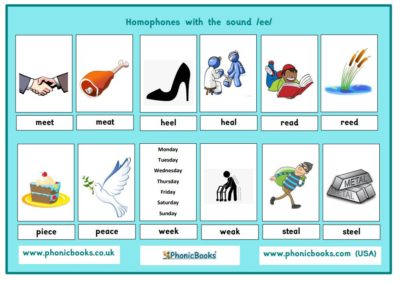 Why does English has so many homophones?

English has many homophones.  It is a language that has evolved over time and the pronunciation of many words has changed, but the spellings of those words have not changed.  Take the word ‘knight’, for example.  The letter ‘k’ used to be pronounced /k/as did the ‘gh’ spelling /ch/ (as in ‘loch’).  With time the /k/ sound and the /ch/ sounds disappeared.  Now we pronounce both ‘knight’ and ‘night’ as  ‘nite’.  English spelling was never updated so many word are spelled by an anachronistic spelling system. For this reason English has an ‘opaque’ alphabetic code, with many alternative spellings, e.g. ai, ay, a, a-e etc for the sound /ae/.  Other languages updated their spelling systems to reflect the new pronunciations and have a much simpler ‘transparent’ alphabetic codes.

Homophones evolve with time and today we can see some new homophones developing.  For example, in the UK, many people pronounce the words  ‘our’ and ‘are’ in a similar way.  Could it be that these words will soon become a homophone?  Homophones evolve with regional pronunciations.  In UK English there is a distinct difference in the way the words ‘merry’, ‘marry’, or ‘Mary’ are pronounced.  While in the USA, in some regions, these are homophones. Another example – in England the words ‘cot’ and ‘caught’ sound different, while in Scotland, Ireland and the USA they sound the same.  My favourite is the regional difference in the pronunciation of the words ‘do’, ‘due’ and ‘dew’.  In UK English ‘due’ and ‘dew’ have a /ue/ sound, while ‘do’ has an/oo/ sound.  In the USA all three words sound the same.

Homophones are a spelling problem

Homophones are a spelling issue.  When a child reads a word in a text, the context will indicate which meaning is appropriate.  Sometimes the teacher will need to teach a new meanings explicitly, e.g. the different meanings of ‘assent/ascent’ or ‘censor/sensor’, but the text will indicate which of the two meanings fits.  In the past, before the introduction of dictionaries, it was acceptable to spell a word in many ways.  But today we have fixed spellings that fit in every word.  This is why homophones are spelling problem.  It is not enough for the child to listen to the sounds in the word and spell those sounds in the word – they need choose the correct spelling for that word.  Children need to see the correct spelling within each word multiple times until they know which spelling fits in which word.  A useful activity is looking at pairs of homophones and writing sentences for each word.  We have created some useful charts of homophones for teaching common homophones. 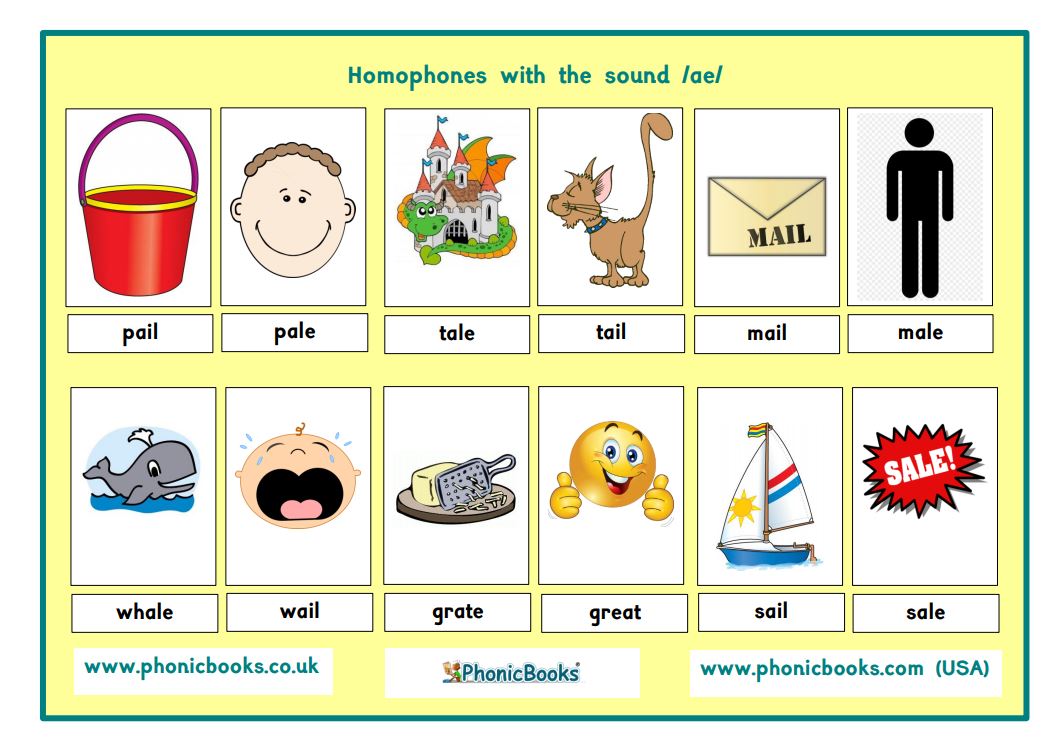 To see our FREE homophone chart go to:

2 Responses to "Homophones – what to do about them?"