View basket “Totem Series, Set 1” has been added to your basket.
Product Categories
FREE UK SHIPPING
on orders over £100 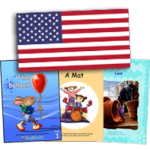